Travelling around the same city or town you’ve lived in for most of your life might feel like a mundane thing to do for some people. Walking up streets you know so well or driving past buildings you might see day after day might feel very repetitive. However, if you’re anything like Lance Boucaut you could feel just the opposite of that and instead find magic and creative inspiration in every day to day sights.

Although Lance Boucaut has an obvious and impressive talent that would have anyone thinking he’s spent a lifetime practising his painting technique, he’s actually only been painting seriously for ten years now. Despite only getting into the creative side of life more recently, it’s his love of art which has, in fact, lasted a lifetime.

When he began studying to become a teacher, he had aspirations of becoming an art teacher. However, once he was ready to start working, he was unable to find an art teacher position and instead began his career as a primary school teacher which led onto his long term position of the school principal – leaving no spare time for himself to be able to create art.

Picking up the Paint Brush

Once retirement from his teaching career came around for Lance Boucaut, he took advantage of the free time he now had as his time to shine in the art world as he allowed himself to express the creativity he had originally wanted to all those years ago. He had once thought he would paint exclusively with watercolours when he got back into his creative flow, but that was before discovering his recognisable technique that he loves so much now.

Looking at a Lance Boucaut painting is like looking at a much more fun and groovy version of a classic suburban street you would see around Brisbane. Using bright acrylic colours, his artistry involves exaggerating colours and using broad brush strokes. He is known for painting portraits and streetscapes, which focus on Brisbane and particular inner-suburbs – Red Hill and Paddington. His streetscapes have become increasingly more popular as his career progresses and the love of this design stems from something of his own childhood.

Lance Boucaut’s own grandmother had an older house at Kedron and he has nostalgic memories of staying there as a young child. Ever since then he has had a soft spot for Queenslanders and their unique and equally as charming look.

Where to find him now?

While Lance Boucaut’s art career is still somewhat new and fresh, he is already a very commendable name in the art Queensland community. His vibrant and impressionistic style of painting is exciting to see and you can find his paintings at the Samford Arts Trail.

During her years as a mixed media artist, Ann Russell has come to be an...Read More

Looking for more things to do and see? Pop into one of the region's Accredited Visitor Information Centres. The volunteers have a wealth of local knowledge. 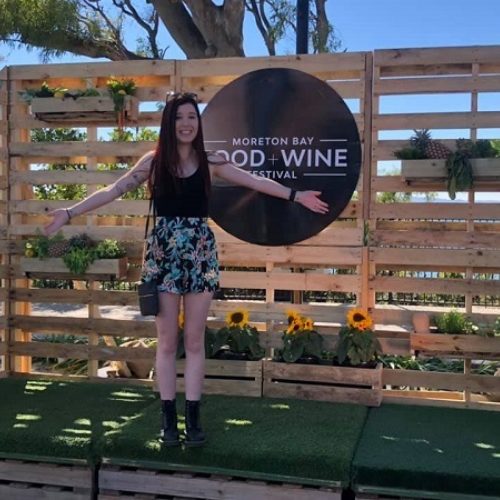